Sedna is exhibiting at Elex Show 2015 in Coventry

Sedna Lighting will be exhibiting at the Elex Show at the Ricoh Arena in Coventry from the 17th – 18th September 2015, the fourth in a series of 5 regional exhibitions throughout 2015 – the perfect opportunity to see the latest lighting innovations in the Midlands!   Elex is a dedicated event for the electrical… Read More

SEDNA Lighting is a finalist in Electrical Industry Awards 2015

LEDs have changed the face of car design

It’s not just commercial and industrial building applications benefiting from LED lighting – the face of car design and lighting is changing too.   Facilitating endless design possibilities.   Incandescent bulbs are rapidly being replaced in and on cars by LEDs which provide an energy-efficient, longer-lasting alternative.   They use approximately 25% less energy than… Read More

LEDs are the life and soul of the party

LEDs are quickly becoming the guest of honour at parties all over the world, with advancements in colour, timing and sound technology combined with lighting create the newest must-have party accessories.   The use of music with lighting is not a new phenomenon, having been a loyal assistant to the DJ for years – however,… Read More 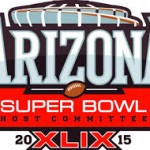 Did you watch the Super Bowl last weekend? Notice anything different? The University of Phoenix stadium has become the first NFL venue to be fitted with high output LED lighting – with benefits such as a 75% reduction in energy usage. The Super Bowl joins a long list of sporting events introducing LED stadium lighting… Read More