Now that the Paris Conference has come to an end, let’s look at the progress that has been made and what this may mean for renewable and LED lighting.

The Paris deal, was finally confirmed with the aim to hold global average temperature rises of no more than 2C above pre-industrial temperatures. Additionally, further obliging nations will work towards a goal or 1.5C limit. Many scientists estimate that rising above 2C could lead to irreversible image and damaging consequences, especially towards low lying areas such as Pacific islands. 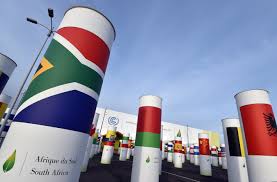 In order to have a chance of meeting the 1.5C limit, would mean that only a small fraction of existing fossil fuel reserves can be burned. Coal, gas and oil needs to be replaced by zero net carbon emissions, where in fact 1000 cities across the globe and many corporations have committed to becoming 100% renewable over the next few decades. This includes large companies planning to only use and sell LED lighting by 2020. Switching to LEDs will be an important aspect in the race to tackle climate change, as lighting accounts for around 15% of the world’s electricity consumption with an overnight transition to LED lighting could save around 735m tonnes of carbon emissions.

With all this being said, in the UK, there has been some questioning over the government’s actions in their commitment to tackling climate change.

Many argue that the UK is far from meeting their 2020 targets for renewable energy under EU obligations, a slashing of onshore wind support and a cancellation or a £1bn competition of carbon capture and storage plant was cancelled just days before the Paris summit. Many feel there needs to be an urgent change in the priorities of energy after the Paris agreement.

However, there are many that agree with UK government’s energy and climate department, that prices are dropping for solar panels so the subsidies are not as essential anymore. Yet, there is also a worry that these cuts will cause concern for investors and the cuts should be made more gradual.