From football to gymnastics and superbowl to swimming.

Across the globe it seems that sports teams and facilities are embracing LED. The first outdoor football court was installed with LED lighting back in Italy in 2011, and since then the sporting world hasn’t looked back. 9 out of the 12 host stadiums at the 2014 Brazil FIFA World Cup were illuminated with LED and Chelsea Football Club became the first club to make the full switch in 2014, which is said to have boosted players’ night vision and given fans and referees better quality of light. 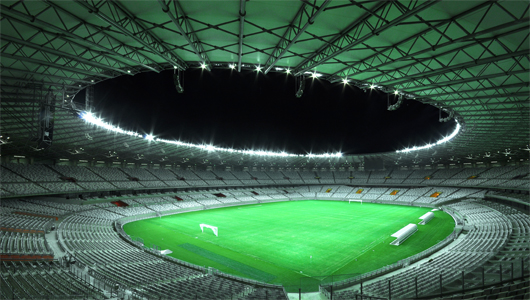 Sport England have begun funding the installation of LEDs, starting with Pershaw Tennis Club. Over 200 people attended the grand switch-on in their indoor courts, including ex-tennis stars Danny Sapsford and Luke Milligan, and the whole day raised an impressive £1,400 for charity.

LEDs improve uniformity of light in all areas of indoor and outdoor venues, as well as reducing glare and having immediate switch on! 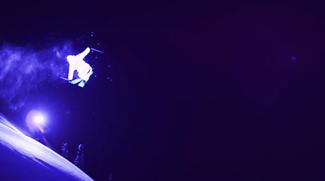 Skiiers in Alaska embraced the versatility of LEDs last year by attaching them to ski suits and skiing down remote slopes at night. They used 4,000 lights to illuminate the slopes, creating a very memorable scene, with the suits themselves consisting of 7,000 white LEDs.

In America, the Super Bowl’s University of Phoenix Stadium will be illuminated on the 1st February like never before! LEDs have been installed to provide television audiences and replay officials more vivid detail, after controversial decisions were made by referees last season.

LEDs have also been installed in Table Tennis venues, Gymnastics stadiums and swimming pools around the world.

They have been proven to provide much clearer, low-flicker slow-motion replays, therefore improving precision in referee decisions. With the implementation of ‘side-line technology’ taking off in many sports, LEDs are a vital complimentary technology for sports facilities.

The wide range of uses for LEDs also reflects how versatile and durable they are. With flexible and easy installation, LEDs are set to change sport lighting for the better. Have a project with a sports team or venue? Contact us today to find out how our innovative LED’s, such as the TITAN™ with an astonishing 17,000 lumens from only 180W could win you the job.