There is no denying that LED lighting has revolutionised the lighting industry, bringing great control functionality, reduced energy use and a longer lasting reliable light source. But it’s not just general illumination that is being impacted by LED technology. Check out these novel gadgets that use LED:

The Visijax Wearable coat is ideal for the budding cyclist, especially those out and about at night. It’s not your usual cycling jacket and quite literally gives you a trick up your sleeve. Embedded LEDs flash when the rider raises their arm to signal, so acts as an effective indicator for those commuting around at night!

The orange lights along the back of the arm flash to signal to vehicles around the cyclist that they plan to make a turn. There’s also a red back light at the bottom of the coat, to offer further visibility. The lights are rechargeable via USB and will last for around 30 hours. 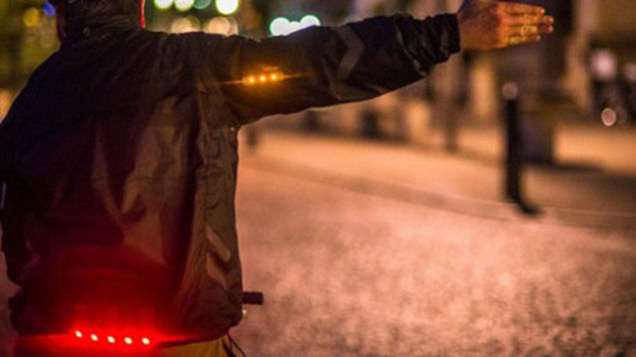 Audi, who often lead the way in new technology are looking to push boundaries even further with their OLED Swarm concept for car lighting. OLED uses even less energy than LED and offers a wealth of possibilities, such as animated turn signals and complex 3D shapes in the place of conventional indicators and brake lights.

At the rear of the car, instead of conventional brake lights and indicators you find a large OLED display. The dynamic light function can give additional information to following traffic, as well as turn signals such as the cars speed, behaviour of other traffic and even pitches and turns in the road. 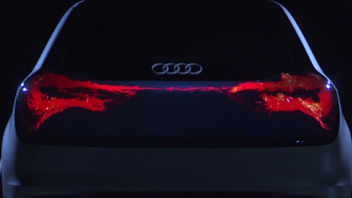 The Swarm is made up of thousands of small red lights that cover the width of the car’s rear, and react to its movement. When the driver turns the wheel, the red dots flow in the direction it’s been turned. As the car speeds up the number of dots increase and flow faster around the surface.

We all know LED helps you save on your electricity bill, but it can also help with your water bill thanks to the Ujj Shower Head. The head is designed to help you enjoy guilt free showers – preventing those that use more water and shower for longer than they should.

When flowing, the LED head turns a bright blue colours. After some time, this colour slowly shifts from blue to green, to yellow and then to red. This acts as a gentle reminder when you’re spending too long in the shower – using too much water and energy. 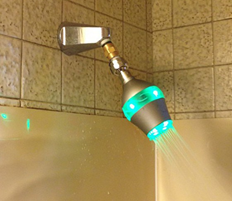 The company behind the Ujj reckon the system has the potential to cut shower times by 12%, significantly reducing water use and heating costs. When you consider the daily use of a shower in a large family or household, savings quickly rack up!

Nocqua, an American company offer a $400 kit that allows you to convert your surfboard, kayak or boat into a glowing craft – igniting the water beneath. Waterproof LED strips are mounted underneath a board or boat hull, attached tightly to the craft with a harness and are powered with a rechargeable lithium-ion battery. 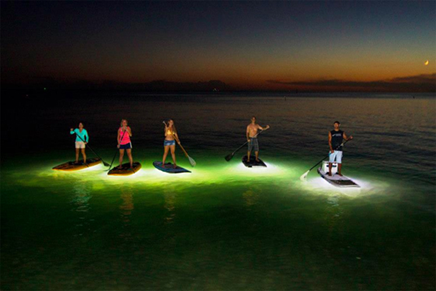 The Lightinthebox Shower Mount Faucet creates a rainfall effect in the shower, with the help of LED light built into each jet. The sprinkle faucets are made of a special copper with minimal lead and have high temperature resistance.  The unique concept creates a great look, with multiple effect options – you can even program colours appear in line with the temperature of the water.

The Fretlight is a great guitar in its own right – but it’s LED fingerboard is amazing. To the untrained eye, it looks and feels like a regular guitar fretboard but this LED lighting system is useful for beginners and professionals alike. 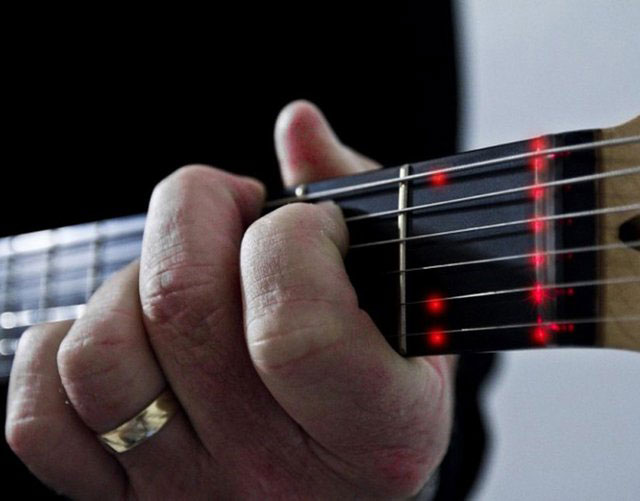 Software allows you to program songs, scales and tunes that then use the LEDs to teach you positioning on the fingerboard. This accelerates the learning process, and is useful for those just starting out or those trying to memorise scales or drills for play.

Lighting: the new accessory for artists?