What could EU legislation on networked devices mean for lighting?

In January 2015 new rules were announced that will oblige new networked devices such as modems and internet-connected televisions to switch themselves off when not in use. Many gadgets are connected to the internet 24/7, using 25-100 watts while their owners sleep. Now, any devices sold must fall to sleep – using a fraction of the power when not in use. The EU think it could save the average household about £32 a year, but what does this legislation, and others under the EU Ecodesign Directive mean for lighting?

The EU Ecodesign Directive aims to begin to combat the worldwide concern over global warming. Policy makers have set targets for the reduction of C02 globally with the UK setting out law to help achieve an 80% reduction by 2050. A framework for the setting of eco-design requirements for Energy related Products (ErP) was established in Europe in 2009 – aiming to improve environmental performance of products by implementing environmental considerations at the early production and design stages.

With artificial light accounting for 19% of global energy consumption it’s an area that cannot be ignored in attempts to reduce carbon emissions and energy usage. Some attempts have already been made, with the banning and phasing out of mercury lamps paving the way for new technologies like LED but there is more to be done – as an efficient product is only as efficient as the way it is used.

Although not immensely popular at the moment – smart light bulbs and smart lighting control systems are starting to be developed by manufacturers, and may well be popular in the future as the smart home and business becomes a reality. The kind of legislation announced in January 2015 could mean the problem of lights being left on in unoccupied rooms could be combated easily and save huge amounts of energy and cost. Businesses could control lighting centrally (or ensure it’s off once every member of staff has left an office) or the smart home could turn off a light when a room has been unoccupied for a certain amount of time. A recent British Gas report claimed businesses are spending up to £1 in every £2 of their electricity bills on powering a business when staff have left for the day and a Guardian study found the UK to be the worst nation in Europe for leaving lights and other devices on standby unnecessarily. 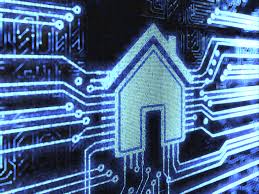 It’s exciting to see governments getting behind initiatives to drive down energy usage with supporting legislation and the cost of efficient technologies like LED making it affordable for the everyday home or business! Every wondered how much energy you could save with efficient lighting in your home or business? Try our Savings Calculator!

Top Tips for Putting Up Your Christmas Lights