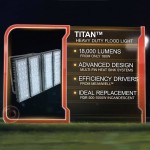 As Wales are gearing up for the UEFA Euro Semi-finals against Portugal tonight, we thought we would have our own fun on the pitch another great Welsh team, The Aberystwyth Exiles. We invited them to join us to take part in the cross bar challenge.   The challenge for the team, was to kick the ball… Read More

Sedna is proud to have won the Green Business of the Year award at the annual Cardiff Business Awards 2016. As a Cardiff based business, we are proud to be recognised as one of the best amongst other great businesses in the Welsh capital.   ‘The standard of entries this year has been of the… Read More

We are proud to announce that Sedna Lighting is a finalist in the Cardiff Business Awards 2016, sponsored by Natwest.   Sedna is in the category for Green Business which looks at businesses which have either a sustainable product or a practice that has resulted in significant environmental improvement. We are proud to be a… Read More

LED street lighting has been a continuing interest for councils and municipalities around the world as an effective way of cutting carbon up to two-thirds. Other benefits include a reduction in light pollution, and costs.   Sedna Lighting has now released a new SKY SERIES for low level street lighting for commercial use. The lighting is suitable for… Read More 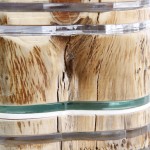 Sedna lighting tasked students at Cardiff Metropolitan University with a brief named ‘SEED project’. The aim of the project was to create an art piece combined with LED lighting in order to represent the ongoing concerns over global warming around the world.   Martin Lane, a second year Design student took on the… Read More