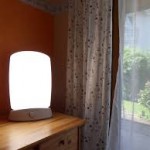 Vitamin D deficiency continues to be a major issue globally. This issue has led people to develop various conditions such as osteoporosis, rickets and osteomalacia.   The best way to maintain vitamin D levels at a sufficient level (above 50 ng/ml) is from the sun. This is because sunlight produces a certain type of vitamin D called D3… Read More

could your pet be costing you hundreds of pounds a year?

Reports have shown from the Energy Saving Trust that leaving your precious furry children at home actually costs you more money and does not do your pet any good. Pet owners keep the heating and the TV or radio on. However it has been found that pet owners actually spend around £78 million more a… Read More

What is light pollution?

Not so long ago there was a time where people could look up in the sky and they would the stars and milky way. 100 years on and this is seen as a rarity, especially for people living in cities. The term light pollution is the excessive and unnecessary use of light directed at the… Read More

Artificial light vs. Natural light – The break down!

The difference between artificial and natural light can be of great importance for people, such as photographers and farmers. It also has an effect on all of us, as well as animals and plants. Here is a breakdown of the differences between the two types of light.   What are the properties of natural… Read More

Why should you illuminate your signage?