Uniting around the world for Earth Hour

Earth Hour has become a global movement to protect the planet organised by WWF. The one-hour event began in 2007 in Sydney Australia, it has then spread across 7000 cities and towns worldwide.   This year, Earth hour will be held on 19 March at 8.30pm to 9.30pm in your local time and… Read More

Is LED Lighting is Becoming Smarter?

LED lighting has come along way since it beginnings. Companies are continuing to find innovative and exciting ways to create smarter technology for lighting. Here are a couple of examples of useful smart technology.   Voice Activated Lighting   Do you ever need to turn the lights off but you can’t find the energy to… Read More

Sedna is in the running for the Business Growth Awards 2016

Not only is energy expensive, it we look at all the buildings we live collectively, they are responsible for around 26 per cent of Britain’s carbon emissions.   That’s why retrofitting is becoming a cost effective way of reducing energy consumption. It is principally concerned with improving thermal insulation, limiting losses due to unplanned ventilation… Read More 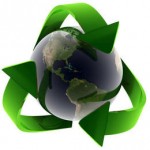 For some time now, we have been aware of the impact of global warming on our planet. Although it is all our responsibility, large corporations inevitably use and waste more energy than anyone else around the planet. Along with world governments, corporations must also be accountable for their carbon consumption and find ways of reducing… Read More