For some time now, we have been aware of the impact of global warming on our planet. Although it is all our responsibility, large corporations inevitably use and waste more energy than anyone else around the planet. Along with world governments, corporations must also be accountable for their carbon consumption and find ways of reducing it.

Although, there are some businesses that arguably have cheated the system, such the infamous Volkswagen emissions scandal. Additionally, there are companies that try to ‘greenwash’ their limited carbon reduction practices. However, it seems that there are many corporations finding ways of dramatically reducing their emissions. Here are just some of the businesses that are trying to make a difference. 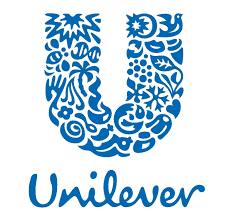 One of the most sustainable companies is the consumer goods company Unilever, they an ambitious sustainability plan 5 years ago aiming for all their brands to be ‘sustainable living brands’.

Their main three goals to reach by 2020 are:

for some years Ikea has been pushing the energy efficient agenda and has pledged to only use LED lighting by 2020. they have committed to spending €1bn. on renewable energy and sustainable manufacturing. 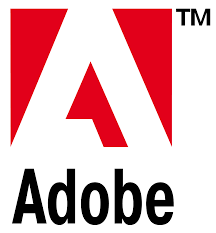 In the future they want to help power local communities with renewable energy through creative partnerships.

They are not leaving their employees out if the energy reduction either. Adobe employees can even get discounts on electric vehicles (EVs). This is a true inspiration for many large corporations.

Have also been committed from some time – over 25 years for that matter.Over time Swiss Re have been looking for ways to reduce their emissions. the launch of the Greenhouse Neutral Programme mean a commitment from the company to become carbon neutral it has already achieved a 49.3% carbon emission reduction per employee. Swiss Re offset the remaining emissions (525,000 tons CO2), making it carbon neutral between  2003-2013.Currently, around 80% of energy consumption is from renewable sources.

In 2007 they launched a programme which provides employees access to subsidies for emission cutting investments such as efficient household appliances, public transportation passes, solar panels, and alternative transportation methods such as electric vehicles or bicycles.

The tech giant google wants to have clean 100% energy by 2025. In December 2015 they announced that they had made the largest ever purchase of renewable energy by a non-utility. Google has increased its renewable energy up to 2 gigawatts, which they akin to taking almost 1 million cars off the road.

In the states, the White house launches the “American Business Act on Climate Pledge”  with 13 U.S businesses committing a combined total of $140 billion in new low-carbon investments. with the likes of Apple, Walmart and Coca-cola involved in the pledges, altogether their worth was more than $1.3trillion in revenue 2014 with a combined capitalisation of $2.5trillion.

Do you think it is enough?