The future of LEDs has been put to question by the inventor himself, Dr Shuji Nakamura. The Nobel prize winner Nakamura has suggested that the way forward for lighting will no longer be LED but in fact, laser diodes.

The blue led inventor has founded a new company known as SoraaLaser which is a spin-off from Soraa Inc in order to commercialise this new laser technology.

Laser diodes have much similarity with blue LEDs when looking at the energy transition level at E3. However, Nakamura states that laser diodes have the benefit of being droop-free, and can be combined with phosphors to safely produce highly directional output with superior delivered lumens per watt compared to other light sources. 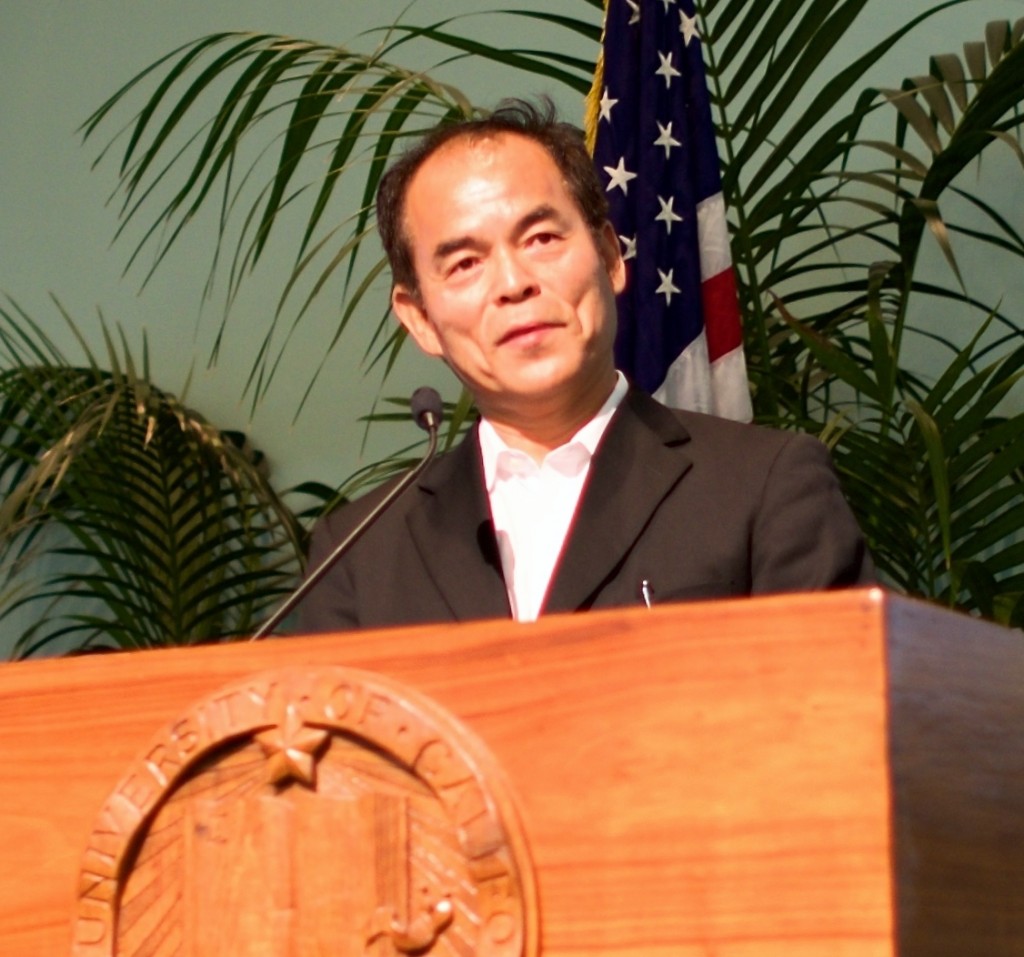 Laser lighting is currently being used for automobile headlamps for BMW and Audi, which are preferred due to them being ten times more efficient than LED headlamps.  Furthermore, the LED headlamps are only 300 meters compared to the laser ones of 700 meters. Laser diodes are also much smaller than LED diodes, meaning that there is a possibility to work them into the structure and have new car designs.

The input power of laser diodes can be increased maintaining high efficiency, Something that has limitations with LEDs. Nakamura therefore predicts, that in the future, all lights will be laser.

Laser diodes could also boost Li-Fi wireless communications, and speed up transmission rates to 3.5 Gbps or more. The modulation speed is also much faster than LED lighting by nearly 1,000 times.

However, there are still a few issues before it is able to be commercialised. Eye safety issues are one of the biggest challenges and of course the cost of the technology will take some time.

Nevertheless, there is great potential with laser diodes. Although the laser headlights produced for BWM took time to get to the right level of safety, once completed, the visibility was able to be raised by 1km. This will certainly be attractive to users who are concerned about visibility and shows that the future is promising for this technology.

According to the inventor of blue LEDs, laser diodes could possibly be delivered to the masses in four to five years. It appears that things could seriously be shaken up in the lighting industry in the near future.